How to Leverage a New Insight 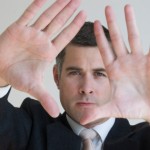 If you’re in a leadership position in almost any organization, chances are you’ve attended your fair share of leadership development and teambuilding retreats. It’s not always easy to pry ourselves away from the crisis du jour, but doing so provides something invaluable: perspective. Outside the reactive, rapid-fire thinking that dominates much of organizational life — and inside the safe, thought-provoking container provided by a well-executed retreat — we can gain valuable insights into our organizations, our team dynamics and ourselves.

It’s often the personal realizations — from understanding our part in a difficult relationship dynamic to experiencing a full-on epiphany about an event from our past that still drives our behavior today — that have the most impact. It’s as if something gets unlocked within us, and a sense of possibility emerges where there once was resignation or simply a lack of awareness. We feel ourselves start to move from disempowered victims of circumstance or habit to empowered creators of sustainable solutions.

New insights often come with a sense of relief, or even exhilaration. They don’t, unfortunately, come with an instruction manual. This means that after the glow fades, and our sense of satisfaction in receiving the realization butts up against the reality of how hard it is to change deep-rooted behaviors and reactions, we’re sometimes left confused and discouraged. But this isn’t inevitable. Let’s take a look at some approaches to integrating big realizations into our day-to-day lives:

1. Treat insights as opportunities, not achievements

One common misstep is to treat your new understanding as an end in itself, as if from here on out, things will be different — with no effort or friction. In fact, it’s very rarely automatic. A healthier way to look at an epiphany is as an opportunity. You’ve had the realization, and you feel clear. Now, what will it take to move in the direction you want? Often, we don’t know, but if we are talking about stepping out of deep-rooted, habitual behaviors, it will take structure, support, and humility. The realization itself is only the beginning.

Early in her first Personal Mastery seminar, Diane, a VP of Operations for a large manufacturing company, was exploring her strong tendency to approach new relationships with skepticism. If you could get over her initial wall, she became a loyal ally. Otherwise, you were on the outside, and she’d make sure others thought so too. She connected this to her early experiences with an inconsistent, unreliable father who often made promises he couldn’t keep. Over time, she unconsciously decided that she would never let herself be let down in that way again.

The real insight came when she realized that because she had trouble trusting others, she engaged in behaviors that eroded trust, or didn’t allow trust to build in the first place. She built coalitions, offered support in a condescending way, and at times overstepped her bounds. This realization was a powerful moment for her. She looked back on her life and her career and saw all of the pain this protective mechanism had caused her and others, and she made a decision — never again.

Diane’s epiphany was actually the result of connecting to the costs of her default way of doing things. After that, she made a choice to create something different. That doesn’t mean that next time her company hires a new person at her level of the organization, she won’t be wary. Almost certainly she will. Instead, it means that she will be conscious of her typical kneejerk reaction and do whatever it takes to not act from that place. So, like Diane, you can learn to see fresh insights as fresh opportunities requiring follow-up and determination. Then create the necessary structures to step into a new paradigm.

After a new realization, when we decide to step into a more constructive behavior, we tend to want to do so privately so as not to show weakness. What if I fail? What if others use my vulnerability against me? In fact, giving into those fears is the first step in reverting to the same old reactive behaviors. Think about it: most of our counterproductive behaviors — from conflict avoidance to knee-jerk skepticism of others — are self-protective mechanisms. We’re not going to move past them while continuing to behave in a guarded, self-protective way. So, by stepping into our vulnerability and involving others in our change process, we practice creating what we really want in our organizations and our lives.

For Diane, that meant having open discussions with her supervisor and peers about her tendency toward skepticism. During those discussions, she expressed her commitment to contribute to a greater level of trust in the organization, and she asked that each of them gently (and privately) point out when she is “making a case” against someone or otherwise doing something to erode trust. She agreed that, upon receiving such feedback, she would actively explore — in a journal or in a discussion with a mentor or coach — some of the underlying drivers of the behavior.

As a general rule, when enlisting others’ support in changing an ingrained behavior, don’t be too dramatic or self-flagellating — this may result in you receiving reassurance, not the support you’re looking for. Simply give a summary of your new discovery, why your default isn’t working for you, and make a clear request for support. Agree on a course of action if the old behavior creeps back in. Staying simple, direct and connected will create energy for you and those who support you to achieve your goals.

LaL’s President, Shayne Hughes, likes to say that your commitments (and the support structures you create around them) aren’t there for when you’re on track and moving forward on a new goal. Their power is instead revealed when things are challenging, when every cell in your body wants to react in your default way. And they are most powerful when you’ve gone past the “point of no return” and behaved in a way counter to your true goals for the situation or relationship.

Why? Because slip-ups will happen — you’ve been practicing these behaviors your whole life and it takes time to step into something new — and how you respond after the fact makes a big difference. Imagine that Diane feels her usual skepticism when her company hires a new VP of Marketing. She tries to ignore her thoughts, but the evidence that this man is not trustworthy keeps piling up in her mind. Eventually, after stewing on it for as long as she can, she starts mentioning her conclusions to others. Nothing too hurtful, but it eventually gets back to him. Being new and not knowing the lay of the land, he brings it up with their supervisor. Per their agreement, Diane’s supervisor arranges a one-on-one meeting with Diane to address the issue.

At this point, Diane knows that she has slipped into an old behavior. She may feel stuck — she can’t force herself to trust the new VP — or shameful, or powerless. But with a strong commitment, this can actually be a powerful, pivotal moment. First off, reflecting on just how this slip-up played out could give her more insight into her pattern of behavior. When was the first moment where Diane lost trust? What was the specific trigger or hot-button? What have been (or could be) the costs and impacts? Seeing the arc of a reactive behavior and its aftermath will anchor that this is not something she wants to repeat. Ever. And, it will help her recognize the pattern better and more quickly in the future.

In addition, by reflecting on how the situation played out and what could have been done differently, Diane might take a new, more specific commitment. Instead of the broad, “never again” mentioned earlier, Diane could decide that when she feels her familiar skepticism, she’ll arrange a meeting with the other person involved to address the situation directly. Evolving into new behaviors is a process, and sometimes important nuances and next steps only come to light after regressing.

Finally, Diane might take advantage of this somewhat public situation to speak vulnerably with the new VP about what she’s working on and why this situation isn’t something she wants to repeat. This not only demonstrates humility and a willingness to be upfront, but it also models to a new team member that it’s okay to be fallible and honest in their organization, sending a ripple of trust and openness throughout the team and strengthening their relationship.

A rabbi once told me that profound realizations are like flashes of lightning over a field at night. Our goal is to cross the field — into greater depths of understanding, compassion, and experience — and every once in a while, we are lucky enough to see a flash of what lies ahead.

The point is that a realization does not imply enlightenment or finality. It’s a glimpse of something that hasn’t yet come to pass. If we pay close attention, it might give us a better sense of our path, and perhaps a clearer picture of the obstacles that lie ahead. But then, we’re back in the dark, feeling for our next step, with friends and colleagues in tow. And that’s okay. In fact, it’s the only way forward.

If you’d like to generate some new insights for yourself and/or your team, check out our upcoming Shared Mastery seminar November 4-8, 2013.

Jonathan London has been Deputy Director of Learning as Leadership’s 360º Feedback Department for the past year and has been an LaL 360º Feedback Specialist since 2007.