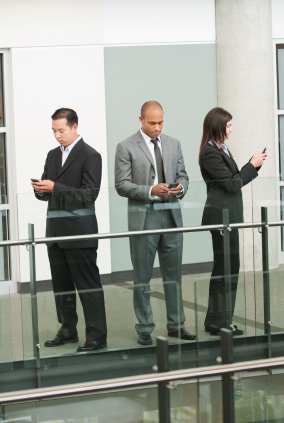 In my last blog post, I discussed how discovering our unconscious drivers was key to getting rid of unwanted behaviors. In this post, I want to pick up where we left off and discuss another aspect of this, which is the degree to which our ego reinforces those behaviors.

One of my clients has high blood pressure, went through a major surgery this year and is under doctor’s orders to take better care of himself. The problem is that he’s addicted to the rush of adrenalin he gets from being so responsive and proving what a high performer he is. What’s also true about this client is that he has a goal to have more work/life balance and to spend more time golfing and being with his family.

Impacting this situation is the unconscious belief my client (like many of us) has that if he does start to go home several nights a week at a reasonable hour, if he doesn’t respond to all the incoming emails, etc., while in meetings, he will be seen as a slacker, lazy or uncommitted.

In fact, the culture of my client’s company perpetuates this way of working because everyone believes they are expected by everyone else to be hyper-responsive — and is afraid of being negatively judged by others if they’re not. But far from this hyper-responsiveness producing results, everyone is really being less effective given the constant distraction.

The bottom line to this way of working is that it’s driven by the fallacy that our worthiness is tied to our hyper-responsiveness — and that’s all about stroking our ego.

Our ego wants to be the hero, save the day, be seen as super-responsive and reliable, etc. While this may play out differently for each person, hyper-responsiveness, such as the type described above, ultimately comes from our ego’s need to prove our worth. And for many of us, the rush we get from that is just as addictive.

As one of my associates put it, “When you combine getting that kind of acknowledgement for being responsive with money, it’s like crack cocaine.”

In my client’s case, he dug down deep enough into this to realize that the price he was paying was far greater that the benefits or the rush he was getting. He saw that in the end, if he kept on this path, he was not going to achieve the broader goals of work/life balance he cared about; goals such as wanting to be more focused at work and present for his family because he genuinely cared. Connecting with that other paradigm was even more important to him than the adrenalin rush of hyper-responsiveness.
In the light of that realization, my client was able to start changing his behavior at work and at home in small ways that made a big impact. For example: At work, he began having his staff drop their cell phones (including his) into a basket before every meeting. After the meeting, they got them back. At home, he turned off his blackberry during dinner and while he put his children to sleep, and only picked it back up once he and his wife had spoken about their days.

A little while after he began these and other practices, he said to me,

“I have never felt so on top of things. I am getting all my stuff done because I’m more focused and less distracted. I’m accomplishing more, and I actually have a sense of satisfaction.”

The irony is that our ego wants to prove our worth, but in fact, it sabotages us. When we get rid of the dysfunctions, we often produce more with greater ease.