The CEO and The Journalist 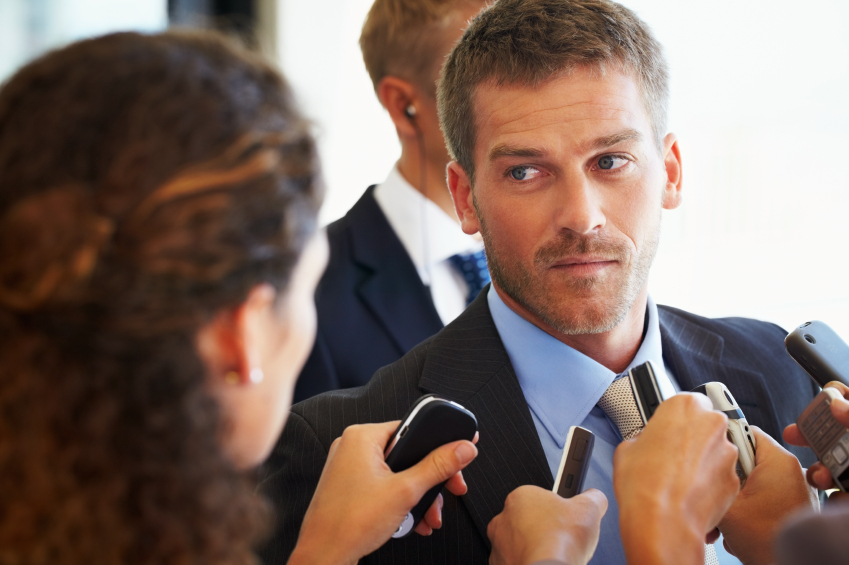 I was recently on site consulting with the CEO of a large, publicly traded firm when a request came in from a journalist to speak with him. I was in his office at the time, so he took the call and put her on speakerphone so I could listen in silently and offer him any post-call coaching.

Very quickly into the call, I noticed that she was not asking him any direct questions. Instead, she seemed to be fishing around. At the end of the call, I found myself thinking, “What does this lady want? Why was she even on the phone with him?”

When I shared with the CEO my impression of the call, he informed me that he’d had multiple conversations with this reporter over the course of the last six months and that she had written two articles about him and his firm for a major U.S. business newspaper — both of which were relatively negative. To make matters worse, the week before, she had written a third one reacting to something that had happened in his industry, which also contained a negative spin about his company.

My client was pissed at her, and he was pissed at himself. “Everyone told me, ‘You can’t trust journalists. They’re just out to get their story, and they’ll stab you in the back if they have to.’ I should have just told her, ‘No comment,’ and moved on.”

Despite this advice, however, he had tried to have a real dialog with this reporter to clear up what he considered to be public misconceptions about his industry. He took a risk to be open with this woman, and she burned him. As a result his current stance was “She’s not getting anything useful from me from this point on.”

Hearing this explanation, the call I’d just overheard made more sense to me. My client had been willing to talk honestly with this reporter if she used what he told her in an evenhanded way. When she didn’t, the trust between them was broken. And when that trust broke, they both lost the possibility of achieving their goals in the relationship. My CEO no longer believed he could communicate his point of view to the media, And the reporter, who would like to have access to honest information from the CEO about what’s happening in his company and the industry, has burned her bridges with him.

What’s more, I realized, as I replayed the call in my mind, the reporter knew it. The call had been strange because the reporter’s real question was the one she couldn’t ask: “Are we ok? Will you still talk straight with me?”

The unspoken response to this unasked question was ‘no.’ My CEO had resigned himself to the conclusion that the conventional wisdom that you shouldn’t talk to the media was correct.

As he and I spoke, we realized his reaction had different layers to it. As CEO of a very visible company, he appeared to have made a damaging mistake. As a person, however, he felt betrayed by how she had not upheld her end of the implicit agreement between them. And the latter was limiting his ability to learn about the former.

So, my CEO called her back. “I want to talk to you offline, person-to-person,” he told her. “This is what happened for me. I tried to be honest with you, and I feel like you burned me.” He told her how he felt and what the consequences had been to his company. “I’m not going to honestly tell you what’s going on if you’re going to use it this way,” he said.

Her response? She understood and acknowledged the consequences her reporting might have had on his company.

My client explained that he would only talk to her if she committed to giving a faithful representation of what he said in future discussions.

By shifting the conversation out of their roles (“She’s a media reporter, I can’t trust her”) into a person-to-person context, the CEO was able to be both vulnerable (“I felt betrayed”) and direct (“You didn’t uphold our agreement”). In doing so, he regained a sense of empowerment with her, and created the possibility that their relationship could evolve instead of succumbing to mistrust masked by polite platitudes.

These types of person-to-person conversations are crucial to business relationships, and we don’t have enough of them. So often, we just interact with others through our roles. When we are able to put those roles aside and have a person-to-person conversation, like this CEO did with the reporter, then we can move beyond the rigidity of the roles to a more expansive, effective and often satisfying relationship.

Who do you need to have a person-to-person conversation with? What impact do you think that will have? We would love to hear your comments.