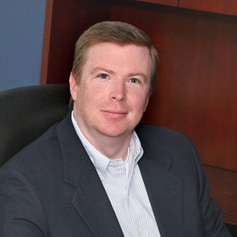 Brandon Black is CEO of Encore Capital Group. He first attended Learning as Leadership’s 4-Mastery program with his executive team in 2005-2006. Since then, he has leveraged LaL to lead a multi-year culture change initiative in his company. The dramatic results have been in large part due to Brandon’s commitment to transparently working on his own leadership behaviors, modeling what he is asking his employees to change.

Here, Brandon describes one of his most important realizations in learning to provide timely and consistent feedback to his extended leadership team.

LAL: You have shared about how your leadership has changed by discovering the difference between judgment and content. Can you explain?

BB: To begin with, what has become clear to me is that over my career, my judgment about why people do things or don’t do things has clouded both my willingness and ability to deliver needed feedback to them.

LAL: In what way?

BB: Often the things that were in need of addressing the most or were the most critical, I would actually not deliver. Largely because I would have a judgment and had already decided in advance whether a person could succeed or not, whether they could hear my feedback or not and whether or not they would actually change.
LAL: What impact did that have in your workplace?

BB: Because I was applying this filtering mechanism of judgment, it left me unable to deliver the most sensitive, most important feedback to people that would have really helped them to succeed in their jobs. The outcome was they then often failed because they didn’t know how to improve on things.

LAL: How did you realize this dynamic and begin to change it?

BB: I was working with Shayne, and he started to coach me on the idea of separating the content of what someone was doing from my judgments about it. As I became connected to that, it became much easier for me as a leader to deliver feedback.

LAL: Can you drill down on that just a little bit and talk about how this played out?

BB:  Now, when I have a concern about something a staff member is doing, I try and understand it from their perspective. I’m more open to the idea that I may be missing important information and facts and don’t want to draw the wrong conclusion. So when I talk to them about what I see, I frame it as “Here is what I see; here is how I see it.” Then I ask them questions and give them a chance to ask me questions, so we can have a dialogue. Often a different perspective emerges. I’ve found that it’s possible to come from a place where you are delivering the content that needs to be given, but it’s not attached to a value judgment of the person as an individual.

LAL: What kind of impact is this having in your workplace?

BB: For example, we had a business unit in our company that was struggling to meet its objectives. We had a strategic offsite and what was on everyone’s mind from the other business units was “Why are we still investing in their initiatives?” So I put it on the table as an exploratory topic. In other words, instead of focusing on our judgments about those guys and how “they are not getting the job done and we should just stop investing,” we discussed the strengths and weaknesses of the unit, why we should or shouldn’t keep them, etc.

LAL: What was the result of having that kind of conversation instead of focusing on judgments?

BB: Ultimately everyone in the room had a better sense of where that business unit was and why it was struggling, and the two people there from the leadership team of that unit felt supported by everyone else. Even if ultimately we decided to reduce our investment, I think everyone would understand the complexities around the decision. It’s not as simple as “The numbers aren’t there; we should make a different allocation of resources.”

LAL: Why isn’t it as simple as the numbers not being there?

BB: Too often, the judgment “those guys aren’t getting their job done” makes the content seem simple, but it’s often more complicated than that. In other words, this wasn’t personal; it wasn’t that the guys running this unit were bad guys. It was more about the business and where it was. By being able to have a content, business-based discussion about the unit, not a judgment-based conversation, we were able to explore the more complex aspects of the situation.

LAL: What has the long-term impact of this change from judgment to content meant to you?

BB: Having practiced this over a period of time now, I find I have the ability to discuss pretty much anything with anybody, without having to be right about my judgments. In the past, when I had these judgments, I would either a) not have the conversation, or b) quickly shut the conversation down if it started going down a path I did not want it to go down, because I was trying to control the outcomes. Now my goal is to be authentic and share information. Once things are out in the open, I’ve learned to trust the process.