Getting Beneath Anger With Self-Awareness 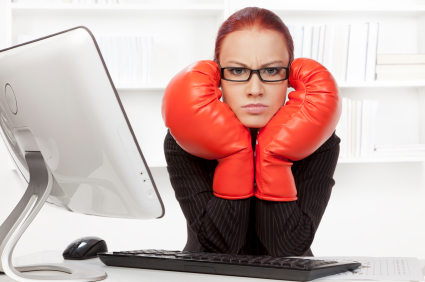 In my last blog post on the brain and its impact on our behavior, I highlighted the gap that exists between what is happening and how we can perceive that as a threat. In this post, I want to focus on the power that awareness has to circumvent that dynamic.

One of my coaching clients, a top-notch lawyer in an international firm, was heading up a country branch for her company. One day she received a copy of an email sent to one of her subordinates by another country manager. In her fellow country manager’s email, he offered to help the subordinate in my client’s office with the hiring of a local attorney.

My client’s immediate response was, “Why is this guy interfering with my office, trying to step into my territory and do my job? Is he trying to undermine me and show that I’m incompetent?”

In short, she felt threatened by the email, and her first response was anger. She was in the process of constructing the flaming email she was going to send back when we spoke. After talking, she realized that what was really going on beneath the anger was that she was not feeling that her competency and skills were being respected.

Instead of feeling threatened — which to her meant feeling in danger and powerless — she went to anger, which felt more powerful to her.

This is not an uncommon situation. We have a tendency to confuse the two. We respond with anger, when what we actually have is a perceived threat we are not aware of.

By taking the time to stop and notice the threat (not feeling respected and taken seriously) and recognize that this is often an underlying feeling for her, my client was able to see that she might have been projecting those motivations onto the situation.

In light of this, she decided to re-examine the email and the circumstances surrounding it. When she did, she remembered being at a meeting several weeks earlier, where she mentioned being overwhelmed and having staff working for her who needed assistance, but she couldn’t attend to. The offending country manager had offered to help at that meeting — something she had forgotten. The email he sent was his follow-up to that conversation.

The end result of her awareness, her willingness to look beneath the anger and consider the real threat, was that instead of sending him a flaming email, she ended up sending him a thank-you note.

The first thing to do is make a distinction between what we think we perceive and what is actually happening. They may not be the same thing. Noticing our reaction to a threat, instead of believing what our minds are saying in the moment, is one pathway to breaking the hold the more primitive part of our brains have on our emotional reactions.