The Evolution of a Changed Behavior 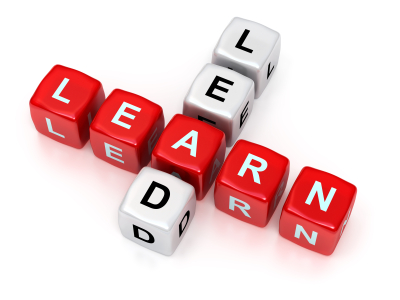 Last week, Brandon Black, CEO of Encore Capital Group, shared his insights in giving feedback, and the importance of separating content from judgment when delivering a difficult message. Brandon’s evolution with this leadership behavior had several distinct stages that highlight important inflection points in making change.

When Brandon first attended our programs six years ago, he was a well-liked CEO who, as COO, had helped make Encore NASDAQ’s top stock in 2003. Their business environment was now far more challenging, however, and he sensed that they could no longer operate business as usual. One issue the initial 360º Feedback surfaced was a common communication dynamic: sarcasm and debating. Brandon explained to me early on how he used debating to draw out what his reports thought, even while admitting that he never lost.

Although Brandon sensed that debating allowed him to maintain control of situations, he wasn’t aware of the ramifications on his team. Although convivial and confident on the surface, his executives were scared of his quick tongue, and so rarely brought up an issue where he might disagree. Brandon realized that what had helped him rise so quickly through the ranks was now limiting his growth and that of his team. Furthermore, their collective love of sarcasm made executive staff meetings a place where you watched your back, not talked openly about issues.

Collectively, we’re addicted to a behavior we detest the consequences of. It’s no wonder that so many people are guarded with their colleagues.

A year or so later, after debating and sarcasm had been banned from the C-suite, the culture amongst the extended leadership team was already far more open and trusting. Brandon, however, was grappling with a contradiction: he had serious issues with one of his reports, but in his desire to not be judgmental, he wasn’t saying anything.

It was at this moment that his crucial insight materialized: he could separate his observation of another person’s behavior from his conclusion about that person’s intrinsic worth or capacity. This is important because it is actually the latter that people fear, not the former. The defining difference was his intention in that moment: was he guided by his desire to help them grow, even if it was uncomfortable, or was he content to feel superior?

When the intention to support others guides us, we develop the capacity to “say just about anything to anybody.”

All of this leads us to a counter-intuitive insight about conflict avoidance. Clearly, Brandon was avoiding conflict later in his development, when he had observations that he wasn’t sharing. What is less obvious is how sarcasm and debating are also symptoms of conflict avoidance.

‘What?!’ I can hear all those hard charging executives screaming, ‘sarcasm and debating are how I thrive on conflict!’

Sarcasm, like condescension, often comes out with people we have issues with. We make a disparaging joke, perhaps hoping that the other person will see the error in their ways. Typically, they just snap a caustic retort and grow another layer of Teflon skin. But whatever message really needs to be delivered is completely absent from the conversation.

Next time, try holding back the sarcasm and turning your comment into a teachable moment. What is the real issue that this other person isn’t dealing with, and how can you state it without judgment? I think you’ll find it brings up discomfort for you — and that’s exciting, because you’ll be on the cusp of identifying a barrier to your leadership.

Debating, in the same fashion, is often fueled by our desire to win. If you shut the other person down by louder or better arguments, does that mean you got the best result (or just your result)? By overpowering the other person, we silence them, ultimately avoiding a transparent conflict on the content of our ideas.

So, sarcasm and debating are conflictual techniques of avoiding the real conversation we need to be having.

I would love to hear your thoughts on changing behaviors and having the real conversation.